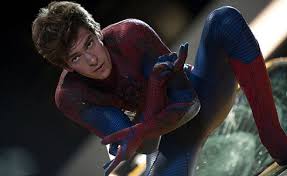 
My name is Gail & I’m a movie addict. I’ll watch just about anything; my recently-viewed videos have included “Charade” with Audrey Hepburn & Cary Grant; “Zombieland” (on the recommendation of my 15-year-old nephew); and “The Cherry Orchard” with Charlotte Rampling and Alan Bates.


Quickie reviews of those three:

“Charade” – holds up well, and worth every second of gazing upon Audrey Hepburn’s angelic face. How interesting to see how fight scenes were filmed a couple of generations ago. In “Charade’s” fight scenes, the music was one-note calm instead of frenetic as it would be today.


“Zombieland” – funny but I had to cover my eyes for many, many scenes. Best role ever for Woody Harrelson; made me really like him for the first time.


“The Cherry Orchard” – fabulous acting, setting, and costumes, but plot reminded me of why it was often painful to be an English major reading the “classics.” I should know by now that the first time I think "Maybe it'll get better," I should turn off the video. In the future, I’ll check off Chekhov.


I sometimes go to new releases at the movie theatre, grabbing every discount I can. Yeah. Old person & proud!


Quickie reviews of those three:


“Dark Shadows” – Pure punishment to watch. Nowhere near as much fun as the TV series. I will never go to another Tim Burton movie. I’d rather watch “Beavis and Butt-Head.”


“To Rome with Love” – I lived for a year in Rome, which is the reason I went to this movie.  Through the film, I enjoyed once again seeing the city’s ancient rusty-paint buildings & narrow side streets and hearing the amazing musical Italian language. But yawn! to the same plot territory covered over and over by Woody Allen. And as far as total impact on the audience, this movie can’t compare with Allen’s “Midnight in Paris.” When we left “Paris” last year, we were smiling, elated. With the Rome film, we just walked out. Flat. The tired device of using a narrator was a clue that the various plot lines in the movie were linked by nothing.


“Spiderman” – best movie of the summer, so far, for me. And I wasn’t expecting to like it. The night we went, we had to choose between “Spiderman,” or “Ted,” or “Magic Mike.” “Ted” looked too stupid and “Magic Mike” – well, male strippers don’t appeal to me, so no thanks.


“Spiderman” was unexpectedly tender, with a tight plot. Andrew Garfield is much more fun to watch than Tobey Maguire (sorry Tobey). The lizardman is COOL to watch, especially when he talks (although my husband and I both thought he was too large). Best of all, the actors weren’t overshadowed by special effects and computer generated images. In other words, it was a human movie about human beings. Refreshing!
Posted by Gail Grenier at 3:06 PM