Go Outside, Beat the Blues During Winter's Doldrums


It was a little world, and it was all blue. I pressed my nose against glass to gaze at it, to become part of it, at least in my imagination. It was a small diorama at the old Milwaukee museum downtown, a classic marble building (now the Central Library) that had a totem pole out front. The diorama housed a village of tiny people at work and play, Eskimo people as I called them then. Their houses were made of snow, not of wood like the white Cape Cod I lived in. Their transportation was sled and dog, not a red 1953 Ford like our family used.


In the diorama, the people seemed to live in an atmosphere of blue, dark blue. Either the sun didn’t shine at all that day, or the land simply took on a blue cast from so much snow and ice and so many clouds. I didn’t care then about the explanation. It was my favorite place in the museum.


During the month of December 2000, I felt like I was living in that little diorama. It snowed almost every day. When it snowed, it usually snowed all day long. I’ve never seen a succession of days where such light, fluffy snow fell. There were no driving blizzards, no wet, heavy flakes. 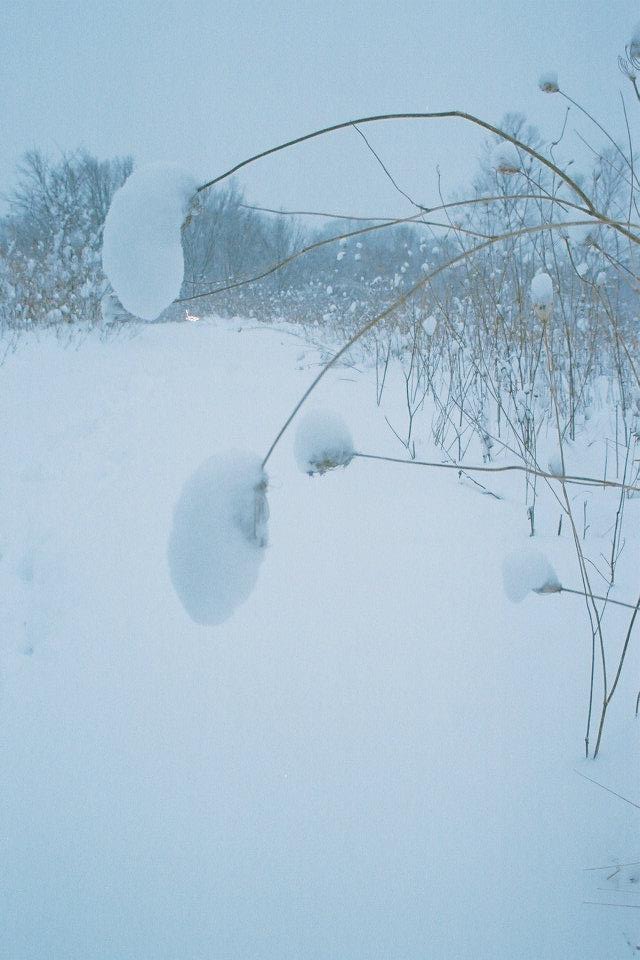 Nearly every weekday morning before work during the past year and a half, my husband and I have spent about forty-five minutes outside. In summer we go biking, in spring and fall we walk, and in winter we go snowshoeing.


I’ve discovered that my antidepressant is my time outdoors. The hardest part is getting out of bed; when we bundle up, we’re not cold (at least not after the first five minutes). The trick is to keep our coats, hats and scarves on a hook so we can put them on with our eyes half-closed.


It’s like we’re living in that blue diorama now, especially at 5:30 a.m. when we begin our trek. Sometimes I think about those Inuit people who live in that dark blue land. As we snowshoe along before dawn, it’s incredibly mysterious and beautiful.


Sometimes, as I’m tugging my snowshoe out of deep powder, I wonder to myself, “What am I doing?” Then I look out at the tree silhouettes on the snowy landscape. Or I look at my husband’s sweet form in that snowmobile suit, with the earflap hat on top.


And I know that the blue world is okay. I can do this, at least for a time.
[This essay will be part of my new book 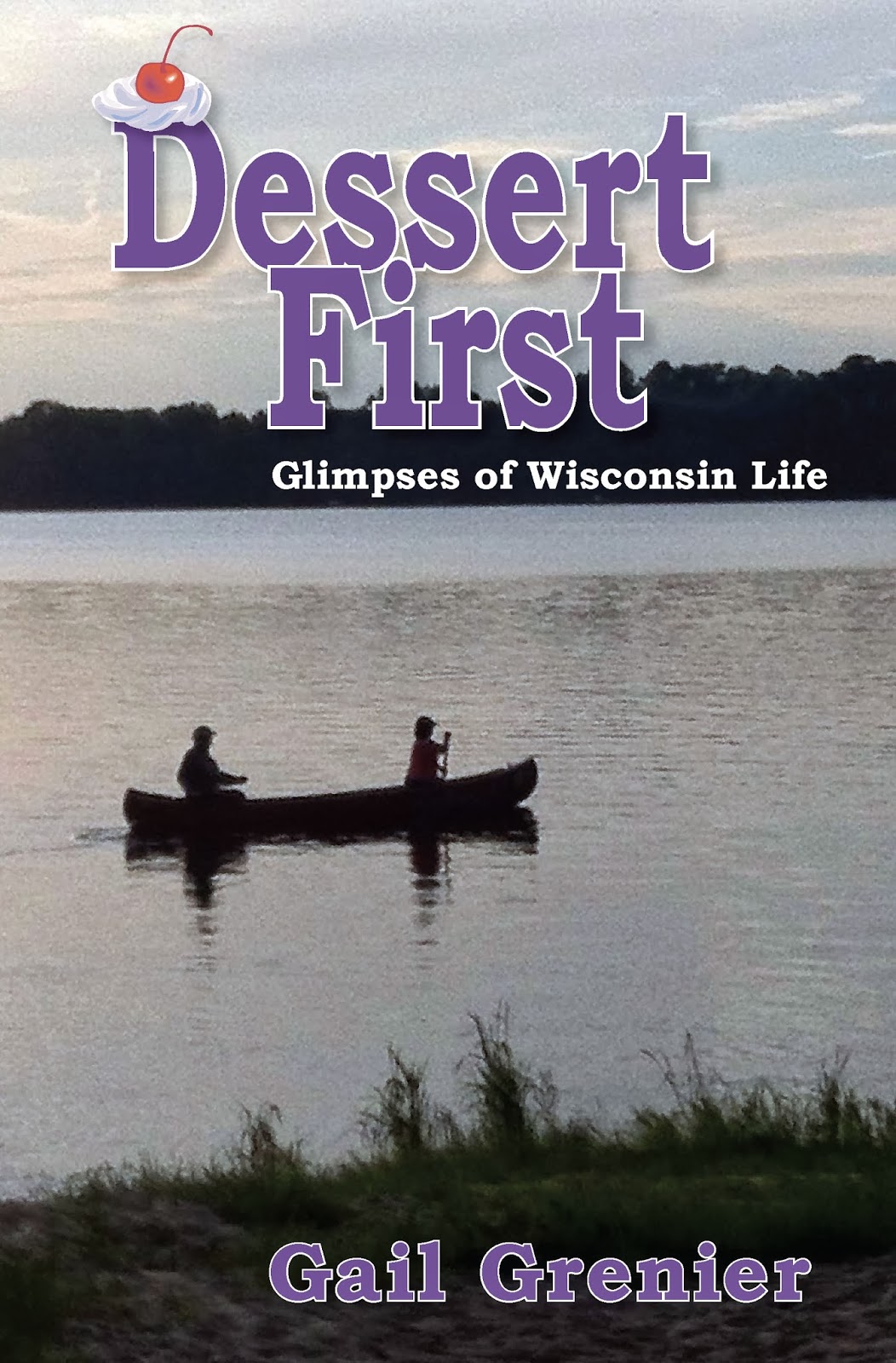 Dessert First, out soon on Amazon.com]

Posted by Gail Grenier at 9:20 AM No comments: