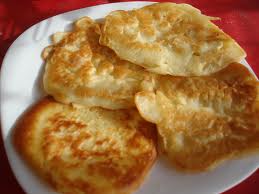 
When the two cousins arrived at Ellis Island on November 12, 1920, they were required to write their names on a piece of paper. Seana's cousin scratched a big "X." She was immediately sent back to Europe by the American authorities. Seana never saw her cousin again.

Seana knew how to read and write. She could write her name but her immigration status was still in peril. If she had no one to vouch for her, she wouldn't be allowed to remain. She insisted to the authorities that her brother would pick her up, but she hadn't seen him for a long time; he was 12 years older. Lucky for her, she recognized him at Ellis Island and she was allowed to stay in the USA.

In Cleveland, Seana worked as a house cleaner for a Jewish family. From the lady of the home, Seana learned to bake a wonderful cheesecake (that's for another blog!). Seana's housework earned her room and board and a dollar a day.

Through her brother, she met another ethnic Romanian who was originally from their town. His name was John (Ian) Stoia (STOY-uh) and he had been a shepherd in the Transylvanian mountains of Dragus. She didn't like him at first; she had other boyfriends. She didn't like John's looks - he was short and bald. She didn't like his accent. She told him to go home to South Dakota, but he stayed and kept calling her. He proposed to her. She was reluctant; he was 15 years older than she was. Her brother George and his wife pressured her into the marriage. She finally accepted on four conditions: (1) They'd get married in a church, not at the justice of the peace; (2) John would never beat her; (3) he would buy her a house; and (4) she would never go back to Romania.

John agreed, and they were married in the Russian Orthodox church. John bought a house and never beat her.

He and Seana lived and raised a family of four sons and three daughters in a small house at 713 So. 9th Street, Aberdeen, South Dakota. They joined a Roman Catholic church because there was no Russian Orthodox church in town. John worked seven nights a week, from 7 pm until 7 am, at the railroad. Seana had to keep seven children quiet during the days so her husband could sleep. John never learned English or how to drive. Seana had started learning to speak English in Cleveland; she continued to learn from her children, although she never learned to read the new language. She was the driver in the family. John died in 1967, and Grandma lived as a widow for the next 27 years.

When she was about 80 years old, she broke her own rule and traveled back to Dragus with some of her children. They visited Biliboca and Stoia relatives. The streets were mud and the relatives were proud if they had a bare light bulb to illuminate their one-room houses. When they ate, they pushed the bed against the wall to make room around the table for chairs.

They told Grandma that she looked like she was 50 years old. Remember, she was 80. Life had been hard in America, but it was clearly harder in Romania.

Grandma had great vitality. She had genes for longevity, but I think she stayed healthy from hard physical work. Her hands were big like a man's. She always kept a garden. There were two bathrooms in Grandma's house: one on the second floor, and one in the basement. Grandma was always doing steps. She ran them. In the cellar, she kept dozens of canning jars filled with tomatoes from her garden.

When she was about 82, Grandma hired a young man to help her work on the house. When he arrived, he couldn't find her. He hollered, "Mrs. Stoia! Mrs. Stoia!" Finally he heard her voice - from the roof, two and a half stories up. She was working on the shingles. Maybe dishes like clatite gave her some of her vitality.

Whenever Mike and I visited Aberdeen, Grandma made Romanian food for us. My favorite was clatite. Every culture has a pancake; this is the Romanian version. Like French crepes, clatite can be made sweet or savory. I prefer savory.

I watched Grandma Stoia make clatite. She took egg, flour and water and mixed them in a bowl in the sink. She used her hand for the final mixing. She added water "by feel" until she was satisfied with the consistency of the dough. Then she deep-fried it in a black pan on the stove top. When the dough was golden brown, she removed it from the oil and added cottage cheese and fresh dill. Last, she folded the clatite over the filling, omelet-style.

The whole time she cooked, she talked. Her English rolled with the cadence of Romanian, and I only picked up every three or four words in a row. But I "got" her. I loved her... and her wonderful food.

About 2006, I became friends with Bettina Binder, a beautiful young  Romanian woman from Sibiu, a larger town not far from Dragus. She lived with Mike and me for a short time while she worked in Wisconsin to support her sisters back home. She loves Romania, and describes it as a beautiful country that has modernized since Grandma Stoia visited in the 1980s. To my joy, Bettina made us some Romanian dishes... but not clatite. Bettina told me that at home in Romania, she typically cooks about 15 hours a week. She said Romanians in general are not fat, and that they eat almost all home cooking.

Bettina agreed with me that clatite is a delicious dish. I can't describe its surprising and heavenly taste combinations on the tongue - the savory dough with the mild cottage cheese and the fresh dill.

Make a dough:
- I suggest any crepe recipe
- Or do like I do - Use Bisquick but add four eggs instead of one - I like the dough to be very eggy.

Cook the dough like a pancake on a griddle - best browning results come with coconut oil (and it's good for you!)

When bubbles appear on the top of the dough, flip it over to cook the other side. This is the time to add the cottage cheese and (chopped) dill. The cottage cheese layer should be think enough to become warm but not thick enough to slop all over when you fold the clatite. Load the dill on so that every bite will have some. Plenty of dill is the secret to the recipe. Dry dill might work, but I've never tried it.

When the clatite seems cooked all over and the cottage cheese is warm, fold the clatite over any way you feel like - in half or folded up like a tortilla.

Have fun eating! It's hard to stop! Every time I eat clatite, I remember Grandma Stoia and her amazing vitality.

Gail Grenier is the author of Calling All Horses, Dog Woman, Don't Worry Baby, and Dessert First, all available from Amazon.com.
Posted by Gail Grenier at 9:41 PM