Two Weeks Alone at the Lake 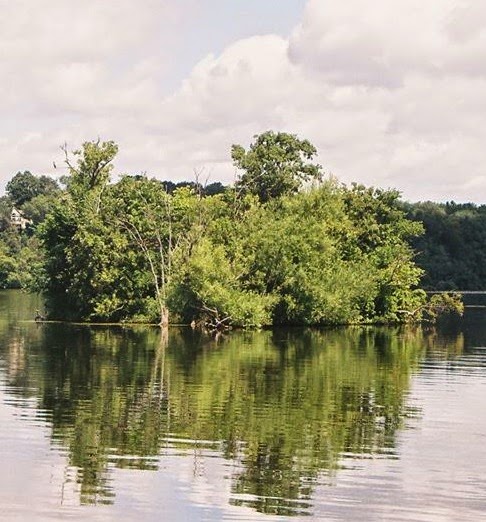 It's become a tradition for me to spend as long as I can during the month of August at our house trailer on Little Green Lake, writing, writing, writing...with a little biking, walking, swimming and paddling thrown in.

This year, I had only two weeks for my annual writing retreat, but  it was long enough for me to learn some stuff.


I wanted to use my two weeks to get closer to God, to pray more. But I found myself saying my same old prayers. I wonder if God gets bored with me.
One evening, I paddled near the marsh, looking for great blue herons that I had startled into the willows. I wanted to learn the shape of a heron in a willow so I could see one without knowing in advance it was there.

As I searched for the herons, I came upon a bald eagle sitting on a dead branch. I inched forward in the smooth water. He moved his head slowly from side to side. My approach didn’t scare him away. We sat looking at each other for a long time.

The night after a storm passed, I walked outside. The rain had stopped but it was lightning so bright all over the sky in the black night that it hurt my eyes, like flashbulbs of old. There was no sound, no thunder. A few hours later, another storm descended and brought rain to the thirsty August land.


Every night before bed, I walked out in back of the trailer to look up at the great dome of sky, uninterrupted by anything human-made. One particular night, the moon was hidden by clouds and I couldn’t see my hand in front of my face. I walked right into our storage shed.
As mid-August became late August, I watched the big dipper seem to loom larger and larger, finally appearing to sit lazily along the horizon of black tree shadows against the grey sky.
Finally the prayer came to me that I'd been waiting for, the best prayer of all, according to a wise old Buddhist. The prayer is "Thank you."