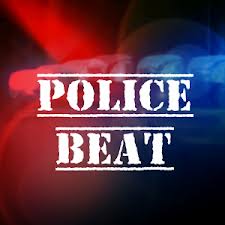 Reported by Scott Mundro for the Markesan Regional Reporter:


7/27/13 – Animal Problem – Police received a complaint of a dog barking on Hollander Street. Police traveled to the area and were able to identify the animal in question. Speaking with the owner, police asked that the dog be kept inside more, so as to prevent it from barking.


7/25/13 – Fireworks – During routine patrol, police observed fireworks go off in the area of Bridge and John streets. Shortly after, police were contacted by dispatch regarding a complaint about the fireworks. Police continued to patrol the area on foot when another firework was set off close to where they were. Turning around the corner of a building, police came across two individuals. The individuals admitted to being the ones setting off the fireworks, stating they were “just drinking and having a good time” because a friend was back in town. Police issued a formal, written warning and instructed the two men to stop lighting fireworks.

7/20/13 – Citizen Assist – Police were contacted by a W. Catherine Street resident regarding her power being out. The complainant contacted police because when she turned the breaker back on, a power line in her basement began “sparking.” Police instructed the complainant to keep the breaker off and then contacted the power company to inform them of the situation.

8/02/13 – Animal Problem – Markesan police were contacted for mutual aid on county Highway 73/44 regarding cattle that were in the roadway. Police arrived on the scene and found approximately eight cows in the roadway. Police were able to walk the cows back to a nearby barn, but were unable to locate the owner. A sheriff’s deputy arrived on the scene a short time later, as Markesan police cleared the scene to respond to a call in the City of Markesan.

7/29/13 – Found property – shortly before 7:00 pm, police turned over a cell phone, that had previously been turned in, to its proper owner.
Posted by Gail Grenier at 1:26 PM